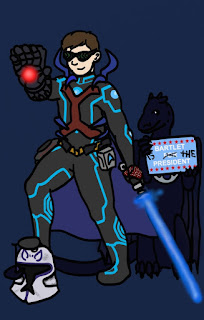 With all the discussions about style of substance, I found this post to be an actual analysis of policy and what is at stake:


Hey. I am terrified of the possibility of Donald Drumpf becoming president of my country. So.
Friends in the US who are eligible to vote:
REGISTER TO VOTE.
If you’re considering voting third party or not voting, please, actually consider where your values are. Please actually look into Hillary’s platform - honestly, if there are issues important to you, they’re probably there, with specifics, with history.
LGBT equality? check. Here’s an excerpt:
“Hillary will work with Congress to pass the Equality Act, continue President Obama’s LGBT equality executive actions, and support efforts underway in the courts to protect people from discrimination on the basis of gender identity and sexual orientation in every aspect of public life…. Hillary will end so-called “conversion therapy” for minors, combat youth homelessness by ensuring adequate funding for safe and welcoming shelters, and take on bullying and harassment in schools. She’ll end discriminatory treatment of LGBT families in adoptions, and protect LGBT elders against discrimination.”
Campus sexual assault? check. excerpt:
“Provide comprehensive support to survivors. Every campus should offer survivors the support they need—no matter their gender, sexual orientation, ethnicity, or race. Those services, from counseling to critical health care, should be confidential, comprehensive, and coordinated.” [This then goes on to address improving legal processes and prevention efforts]
Racial justice? check. excerpt:
Women’s rights and opportunity? No shit, yeah, she’s only been tirelessly working for them since she first got started in politics. Check. Disability rights? Check. Mental Health? Check. Climate Change? Check. Gun violence prevention? Check. Hell, she’s got a platform on autism that is approved by the Autism Self Advocacy Network.  This is only a TINY FRACTION of issues she addresses just on her website. When she says she’s prepared to be president, she’s not kidding around.
Secondly, if you’re not satisfied, if you really, truly, believe that Jill “Wi-Fi is dangerous” ‘Lemme just appeal to my anti-vax base for a second’ Stein or Gary “No minimum wage” “Get rid of the department of education because bathrooms for trans kids are ruining education” “abolish the income tax and eliminate environmental regs” Johnson are the best match for your values, or if you’d rather just sit at home because it makes no difference whether the former Secretary of State or a former game show host becomes president - if you really believe that, please consider whether your sense of absolute moral purity is worth the lives that will be put at risk by a Drumpf presidency.
I am entirely serious: This is a man who treats the prospect of nuclear war cavalierly, whose first ‘diplomatic’ enterprise was a disaster, who denies climate change, who has been not only lacking in compassion but needlessly cruel, who has said we should ban Muslims from entering the country, we should ban abortion, and would sign laws to make discrimination against queer people legal if it’s done on a ‘religious basis’, who, for the love of all that is holy, is a GAME SHOW HOST who’s cut reams of corrupt deals and bankrupted his businesses six times and still wants to be president. Nearly a quarter of his own supporters believe that he would start a nuclear war. I am not kidding when I say there are lives at stake. I am not kidding when I say I am absolutely, nauseatingly terrified of this prospect.
Let’s be real. In January, barring some apocalyptic shit or political assassination, either HRC will be sworn in as president, or Donald Drumpf will. If you don’t believe that to be true, you are either willfully ignorant or you’ve been lied to.  If you are eligible to vote and you’re not voting for Hillary Clinton, you are supporting the second outcome. That’s your right, but seriously. Honestly. think about the consequences. Be sure that it’s worth everything and everyone that you’re risking, and that you could look them in the eye afterward. Trust me. This has happened before and no one felt good about their righteous indignation in the Bush years, let me tell you. Vote as if it matters.
Now go! Register to vote! And make sure you know how to vote early or to vote absentee if you need it, and how to find your polling place if you can vote in person!