Living in a Non-Veg World

Talk, as prepared, January 2015.
I assume that if you’re here today, you have some issue with living in a non-vegetarian world, that being surrounded by meat eaters most days isn’t all unicorns and rainbows.

I should start by saying that I don’t have any brilliant insight or twelve-step plan to make everything better. I can’t conjure up a unicorn for everyone. I stopped eating animals almost thirty years ago, and have yet to discover the magic incantation to make living in this world easy.

What I can tell you is that I have experienced a lot of what many of you have gone through and are going through. Anger, frustration, rage, despair, disappointment, depression – I’ve been through all those.

And I can tell you, every single one of these feelings is justified. I assume each of us here knows just how much suffering there is on factory farms, how much incredible cruelty farm animals face every moment of their lives. We could spend all day watching horrific footage of factory farms and slaughterhouses, and we wouldn’t begin to capture how bad things are. 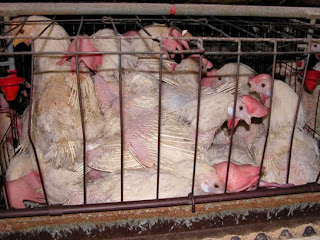 We each know this, and yet we live in a world of complete denial. If we look around, there is no sign that so many animals are being tortured and slaughtered right now. All the people around us – including many of our family, our friends, our co-workers – go about their daily lives as though factory farms don’t exist, as if there is no brutality lying hidden, just below the surface.

It is as though we are delusional, that we simply had a bad dream where we just imagined that animals suffered and died to become the meat being consumed all around us.

What often makes it even worse is that we love many of the people who continue to eat animals. It doesn’t matter as much that Ted Cruz or Donald Trump or Dick Cheney pay people to kill chickens and pigs. But when it is our Moms, our brothers, our cousins, our childhood pal, even our spouse – that adds an extra layer of heartbreak to having to live in a world where animals suffer and die to be eaten.

So the main thing I can offer you today is understanding. I get it – the anger, the hurt, the disappointment.

You are not alone; others are going through this, too. I’ve given hundreds of talks in the past decades, and I can tell you that so many people have asked me, often almost pleadingly, “What can I do to convince my sister, my Dad, my husband?”

I would love so much to be able to give you a magic answer. But I can’t. And I know understanding isn’t enough.

But maybe I can help at the margins. Maybe I can show there is hope.

The first thing I would suggest is to remember that few people change overnight from the standard American diet to a cruelty-free lifestyle. There are some, yes, but research actually shows that the quicker people change, the more likely they are to revert back to eating animals. So to begin with, as much as we would love everyone to GO VEG RIGHT FREAKIN’ NOW, realistically, we should give people a break.

Even if you changed overnight and maintained that change forever, know that most people don’t. For example, once I learned the reality behind meat, I kept eating animals. When I first went veg, it didn’t last. Cutting out eggs and dairy took me a long time. And it is likely that if people had mocked my weakness, or treated me with disdain or hatred for my rationalizations, I would have used their anger as an excuse to maintain my meat-eating ways.

Like me, most people are capable of great cognitive dissonance. They want to consider themselves good people. At some level they know eating animals is wrong. And yet they don’t want to change. So they’re looking for an excuse.

And as justified as our anger is, we have to know that being “the angry vegan” gives people an excuse to maintain the status quo. I’ve seen this over and over again. For example, last year, I was involved in marketing research at the University of Arizona, and one of the key findings was that the general public views vegans as angry, unhappy, and unfriendly. The general public also views veganism as extreme and impossible. 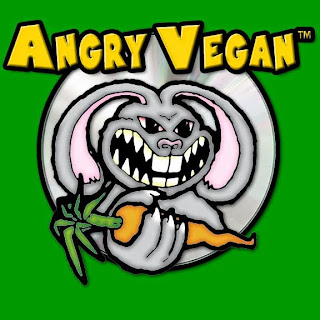 So we find ourselves in this catch-22 – we are understandably angry because the people around us create the demand that causes animals to suffer so horribly. But our understandable anger is a key reason people are able to avoid facing reality.

I’m in no position to judge. For a long time, I acted from anger, and gave many people a lifetime excuse to not consider the animals’ plight. I consistently made it about winning an argument, or speaking my truth, rather than actually creating real change that would make a difference. It took me so long to finally stop expressing my anger and justifying my lifestyle. And it is something I still struggle with every day – to truly deal with people where they are, rather than chant and argue about what I want.

With the help of some very insightful friends, I finally realized that if we truly want to create fundamental, lasting change in the world, we must deal with our emotions in a constructive way. We need to ask ourselves:


It is not enough to be vegetarian, or vegan, or even a dedicated advocate. I believe we should focus on actually reducing suffering – and actively be the opposite of the vegan stereotype. Just as we need everyone to look beyond the short-term satisfaction of following habits and traditions, we need to move past our sorrow and our anger to optimal advocacy. We must learn “how to win friends and influence people,” so we leave everyone we meet with the impression of a joyful individual leading a fulfilling and meaningful life.

Understand, though: I’m not saying we should put on an act of being happy. Rather, as thoughtful advocates, we can truly be happy!

Looking at the long arc of history, we see how much society has advanced in just the last few centuries. It was over two thousand years ago that the ideals of democracy were first proposed in ancient Greece. But only during the eighteenth century did humanity see even the beginnings of a truly democratic system. Not until late in the nineteenth century was slavery officially abolished in the developed world. In all of human history, only in the last hundred years was child labor abolished in the developed world, child abuse criminalized, women given the vote, and minorities given more rights.

Many people worked diligently to bring about those ethical advances for humanity. Now, because of the number of individuals suffering and the reason they suffer, I believe animal liberation is the moral imperative of our time. If we take suffering seriously and commit to optimal advocacy, we too can bring about fundamental change. We can already see progress in just the past decade – there has been a huge increase public concern for farm animals, as well as condemnations of factory farms. There are more vegetarians, near-vegetarians, and vegetarian products. Our focus, tools, and programs have also improved immensely during that time.

Animal liberation can be the future. As the magazine The Economist concluded, “Historically, man has expanded the reach of his ethical calculations, first beyond family and tribe, later beyond religion, race, and nation. To bring other species more fully into the range of these decisions may seem unthinkable to moderate opinion now. One day, it may seem no more than ‘civilized’ behavior requires.”

We can be the ones to bring about this next great ethical advance. We don’t have to just try to live in a non-veg world. We can be building the vegetarian world we want! We should revel in the opportunity we have to be part of something so profound, something fundamentally good. This is as meaningful and joyous a life as I can imagine!

We have no excuse for waiting – we have the knowledge, the tools, and the truth. Taking a stand against cruelty to animals requires only our choice. 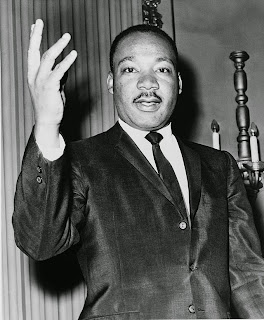 The arc of history is long
And ragged
And often unclear
But ultimately
It bends towards justice.

We can each help bend the arc of history toward justice!