The always insightful Harish has a new Counting Animals blog post, looking at the relative size of "small" animal farms in the US:


This reminded me of an exchange I had with my friends at ARZone:

Q: In my experience, the typical response to the horrors of factory farming is to pursue reform (“happy meat”) rather than elimination (veganism). Companies are capitalizing on this and the “humane” sector is rapidly growing. Does VO have plans to modify its booklets to more aggressively address so-called “humane” animal products?

This is a great question.

The first aspect of this is “happy meat.” Obviously, there are people who do stop supporting factory farms and eat “sustainable” meat. But many vegans read far too much into this. We suffer from availability bias*—extrapolating from what we personally see to the population as a whole. The reality, though, is that “happy meat” is an absolutely minuscule market for rich, over-educated Americans. Sadly, rich, over-educated people are vastly over-represented in the media! And people who excuse eating animals, at any level, are given even more media coverage by their fellow elites.

Of course, I understand the extreme frustration of seeing all this rationalization and glorification of eating animals. In general, though, we vegans massively overreact to it, spending an tremendously disproportionate amount of our limited time and our limited emotional resources arguing with and being angry at people eating/promoting “happy meat.” There are better uses of our limited time and resources.

And of course, it is disappointing when people don’t go vegan when they hear our message, or when someone stops being vegetarian and eats animals again. But let me tell you from long experience—this isn’t because of the presence of “happy meat.”

Similarly, when he spent two years leafleting across the country nearly twenty years ago, Jack felt he met more former vegetarians than current vegetarians. It wasn’t because of Michael Pollan (author of The Omnivore’s Dilemma) or New York Times columnist Mark Bittman or Polyface Farms or Whole Foods. It was because they didn’t feel healthy as a vegetarian.

This trend continues today—just Google “failed vegetarian” or “failed vegan.” The Internet gives these people a loud megaphone, and meat eaters give them endless attention.
But as Jack found, there actually is a real problem here: many buy into the vegan propaganda and don’t learn honest and thorough nutrition. This leads to many people going vegetarian with unrealistic expectations (of how easy it will be, of the health benefits they will immediately experience, etc.). We can do better. We need to do better.

The other aspect of your question is the nature of change, in both individuals and in society. We would, of course, love to design a booklet or video or presentation that persuaded everyone to change, and only change right to being vegan. But real change is rarely, if ever, quick or linear. We owe it to the animals to give up our fantasy of the one perfect “argument,” and instead do the best possible work in the real world. Or, to paraphrase Martin Luther King, Jr., the arc of history is long and jagged, but ultimately bends toward justice. We should spend more time bending, rather than despairing over the hiccups. 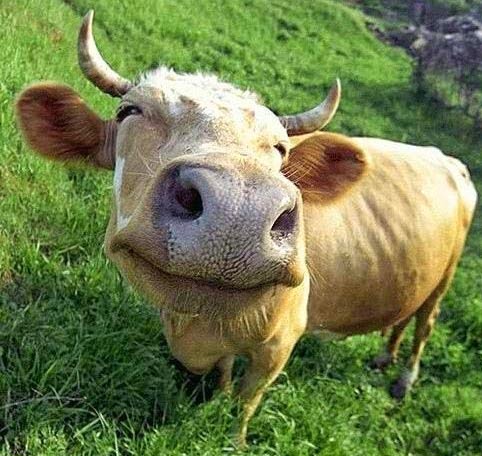 *Availability bias also has applicability in the vegan community, too, where the loudest, most outspoken—or obnoxious—person seems to represent all vegans. And, of course, the meat-eating media love to promote the angriest, most extreme, obsessive, fanatical vegan as the community’s voice. We should be aware of this and try to counter it as best we can.

i just thought it was interesting that nothing in this article addressed or pointed anyone to anything definitive for nutritional balance as a vegan or vegetarian. oh well.

It's like we humans read two entirely different things in the same article. I want to do the very best I can for animals, as I'm sure most activists do. For me, a big part of that is to pay attention, to listen to reason and experience, and to watch for mistakes made by others and be aware of my own mistakes so that I can learn from them and do better. I do my best to be a good example for those who might happen to be paying attention, not belittle or look down at them for not doing what I believe is right. These things are the very least I can do for the animals. I never learned anything in my life from a bully, except that I don't want to be around one. Thank you so much for writing this. I'm glad my heart and mind are open.